If you are on Twitter you may have noticed a great new group starting on there this year. It is the brainchild of Chris Bright, a Welsh International Futsal player, representing Wales at a national level, and a semi-professional footballer too, as well as a kick ass Type 1 Diabetic.

Chris is looking for a platform to tell his story, all about his diabetes, youth, football, futsal and his plans for helping other diabetics.

That’s enough waffle from me, over to you Chris:-

I always viewed my diabetes as an extra hurdle to jump rather than a mountain to climb! I’ve worked incredibly hard all my life to achieve the things I have. I believe it’s time I tried to share some of my experience with people who go through the same struggles, or may go through those struggles in the future.

I was diagnosed with type 1 diabetes in 1999 at the age of 8. Upon diagnosis, my very first question was “can I still play football?” Luckily I had an exceptional diabetes nurse who gave the answer I wanted, being “yes”. However, she readied me to ensure I knew how hard it would be to live out the dreams of playing football at the highest level.

I’m sure I’m not alone in this first question, as in that incredibly scary moment when you know your life is changed forever. You just want reassurance that you can still live out those childhood dreams. I think healthcare professionals need to ensure they know how important these first words to a child are when diagnosed with a life-changing medical condition. They can quite literally be life-determining.

From that moment I had a choice, I could crumble and let the daily worry, testing and sport related hypos destroy my resolve or I could come out fighting. I did the latter!

As a child, I found it difficult to manage my football on 2 injections a day on mixture insulin. They created all sorts of peaks and troughs with my glucose levels which made it extremely difficult to predict where they would be when you needed them to be stable for sport. My family and I went through lots of trial and error. Learning from my mistakes, I was still battling away and achieving things but probably not to my full ability, as I believe it was holding me back slightly. I still managed to captain my school football team and captain my district team. I needed an improvement in my management to help me kick on a gear.

Things then changed hugely when at around 14/15 years of age I changed to the basal / bolus regime. The flexibility to adapt my life around my diabetes, whilst making me feel more energetic, took me onto the next level in my sport. It was a huge development for my control at a difficult time as a teenager. It really enhanced my control of the condition and supported my development within my sport as I broke into county squads and showed promising signs at a club level.

I then left school had trials with professional football teams. Sadly these never quite worked out, as injuries and diabetes found a way of scuppering me, but I honestly don’t think I was quite ready either. This then led me into the semi professional game with Bromsgrove Rovers. Here I got the opportunity to play at Step 4 of the non league structure, whilst during the same period of time, I played for the Worcestershire FA u18s county side, travelling around the country playing for them.

My performance in this time had kicked up a gear due to the regime change in controlling my diabetes and my commitment to defy the odds and enjoy football never slipped. I didn’t want to let anything stop me achieving and continued to test myself to see what level I could reach.

A big step in many young people’s lives is going to University but it’s probably even bigger when you try to tackle it with something like Diabetes. A testing time on blood glucose control, as the lifestyle of a student is somewhat erratic! Combining that with football games being at different times of the day, which challenges the routine you have set up for matches. All this together added even more complexity to an already testing time in my life.

I went to Worcester University to study my degree in sport, which I loved every second of. I was even lucky enough to write my dissertation about the effects of exercise on blood glucose levels in type 1 diabetics and non diabetics!! It was another life changing experience which I look upon so fondly and representing the university’s 1st team and winning a league title in my final year was the icing on the cake.

However it doesn’t stop there, as with anything I do, I never stop pushing myself!

I continued as I left university to play for semi professional football clubs in my local area (Bromsgrove Sporting FC, Pershore Town FC, Southam United FC, Earlswood Town FC). I enjoyed some great cup finals playing at the Ricoh Arena (Coventry City FC stadium) and playing at the Bescot (Walsall FC stadium). I then had an opportunity to take up Futsal through a friend of mine who was playing for one of the football clubs I was at. He’d thought it would suit the way I played football and suggested it would be a good idea.

In my first full season at the highest level in England (2014/15) I won player of the year at my club (Birmingham Tigers Futsal club). Scoring 15 goals in 15 games in the process. I was hooked and enjoying it. However, it did throw up some difficulties with my blood glucose levels. The intensity was very different to football (faster, shorter bursts)! I learnt a lot about blood glucose control for Futsal in those first 18 months and it clearly didn’t affect my performance. Following my amazing first season I was called up to train with the Wales national team. An amazing honour!

I then trained throughout the Summer of 2015 with the squad on and off until disaster struck and I tore my groin during the last session before selection. I was devastated.

However I was patient and optimistic in my approach and I received the opportunity again to train with the squad during the Summer /Autumn 2016. This time the opportunity didn’t pass me by! I trained well and was called up for the first time to the squad to play Latvia! I won my first cap for Wales on November

1st 2016. I was then also part of the first home nations Wales Futsal squad in December. We won the inaugural championships too! Bitter sweet as I broke my foot during one of the games, though! 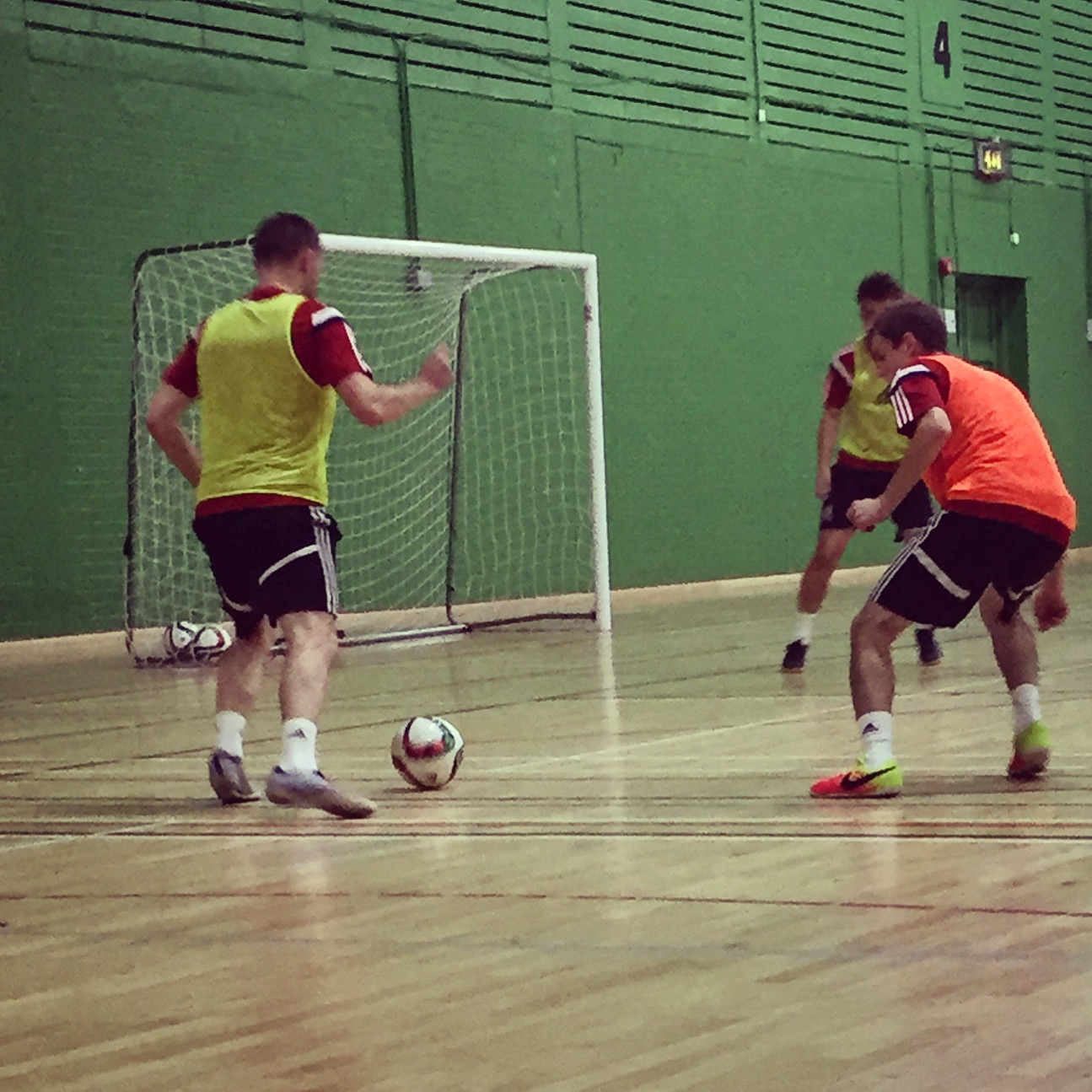 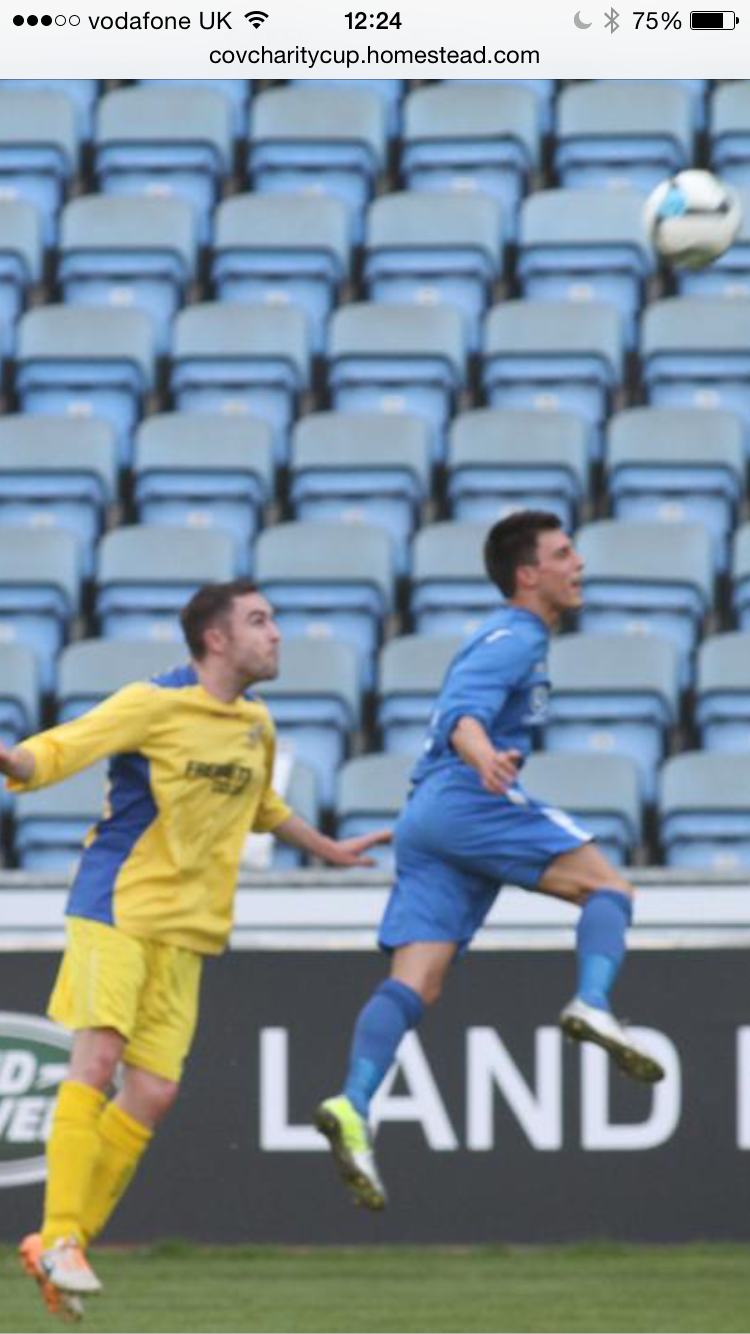 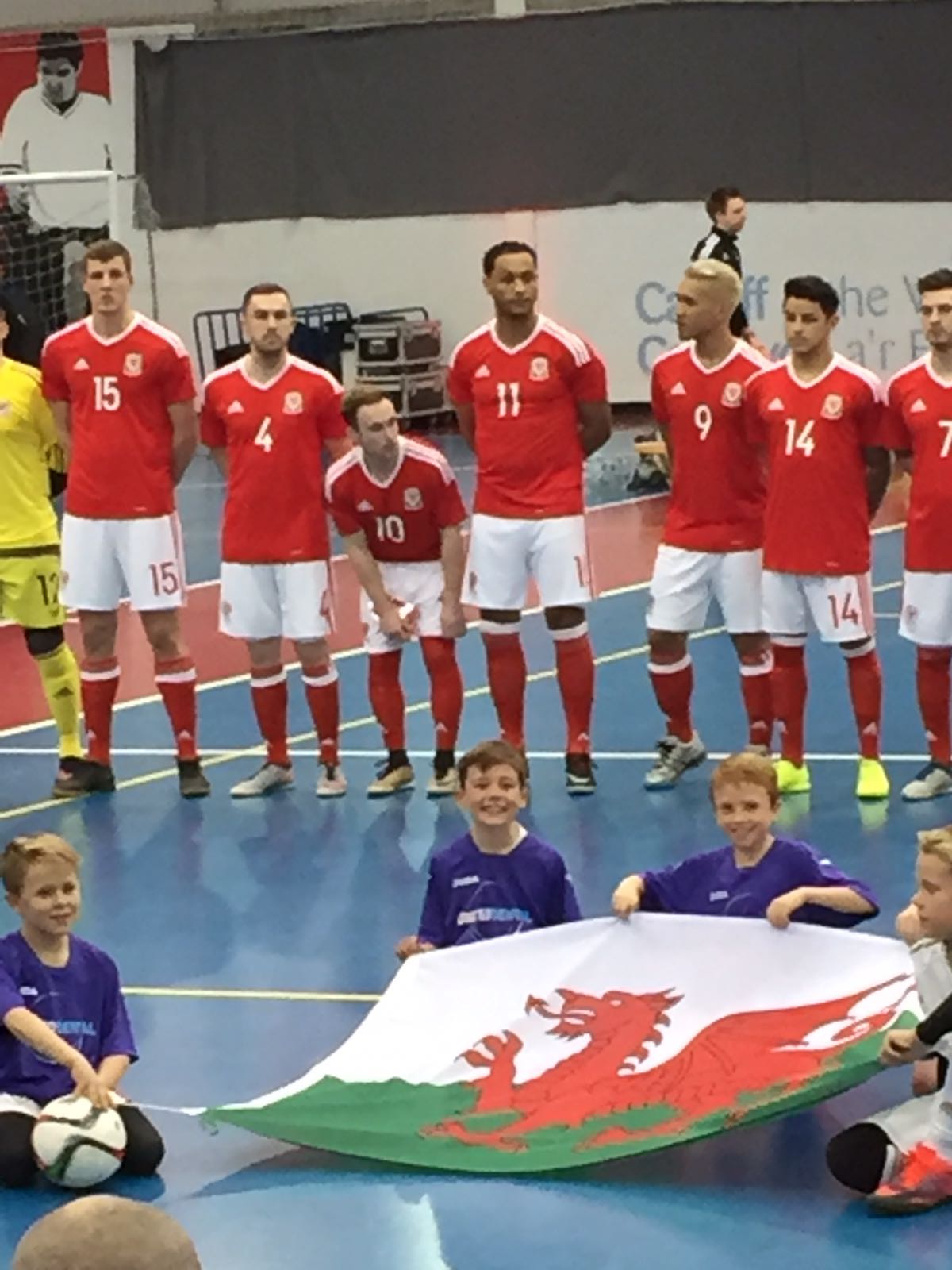 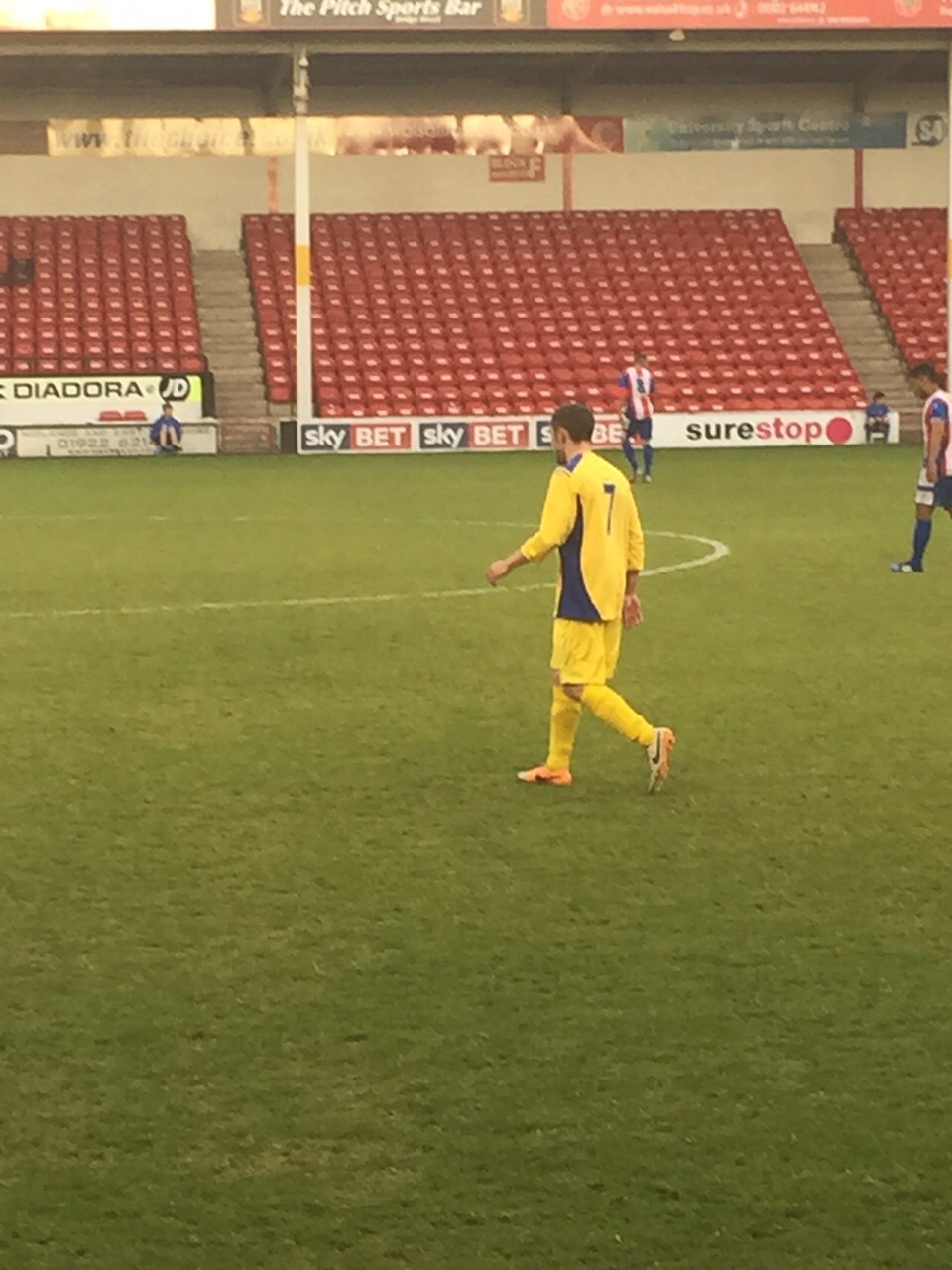 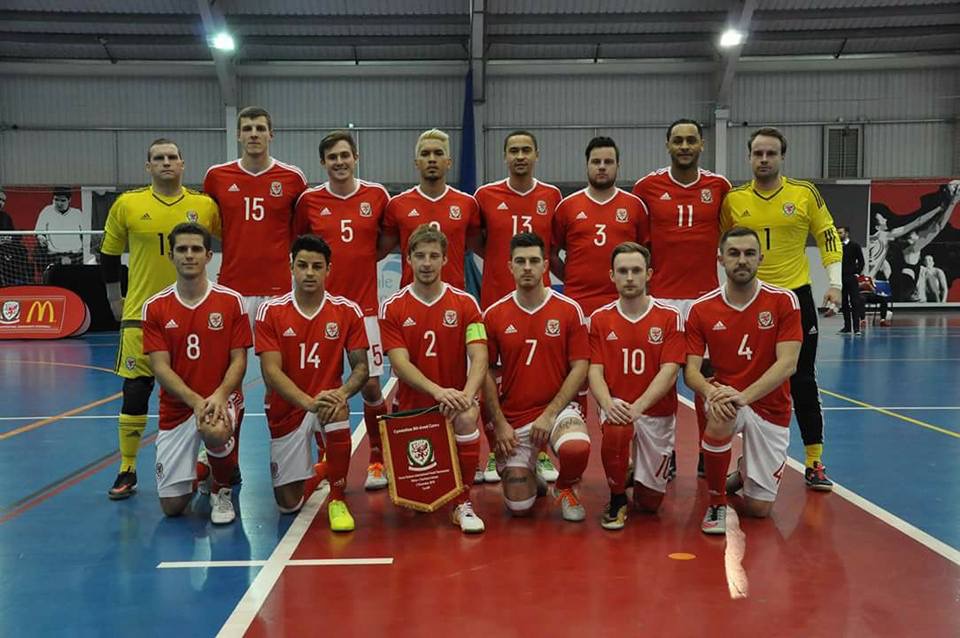 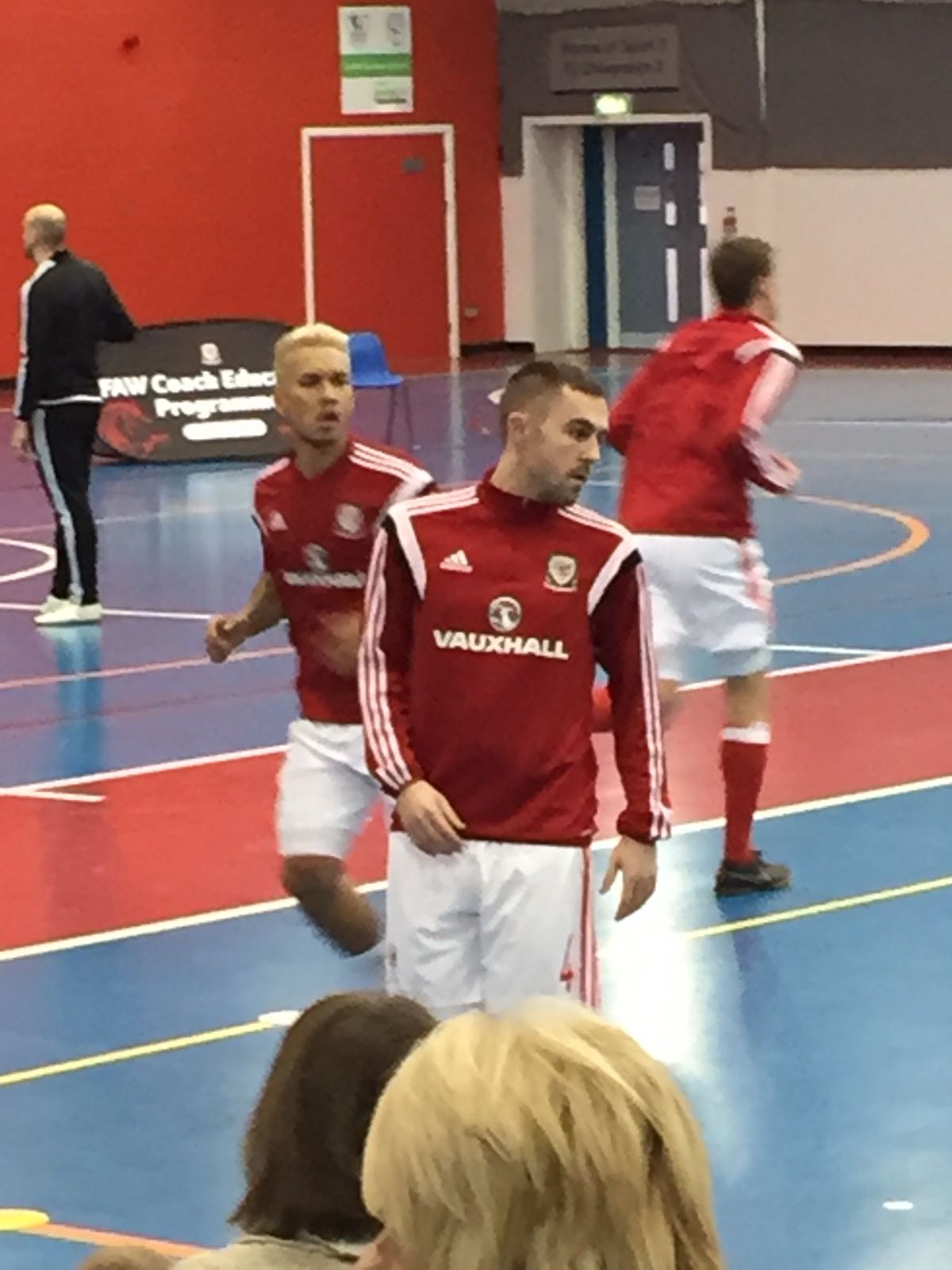 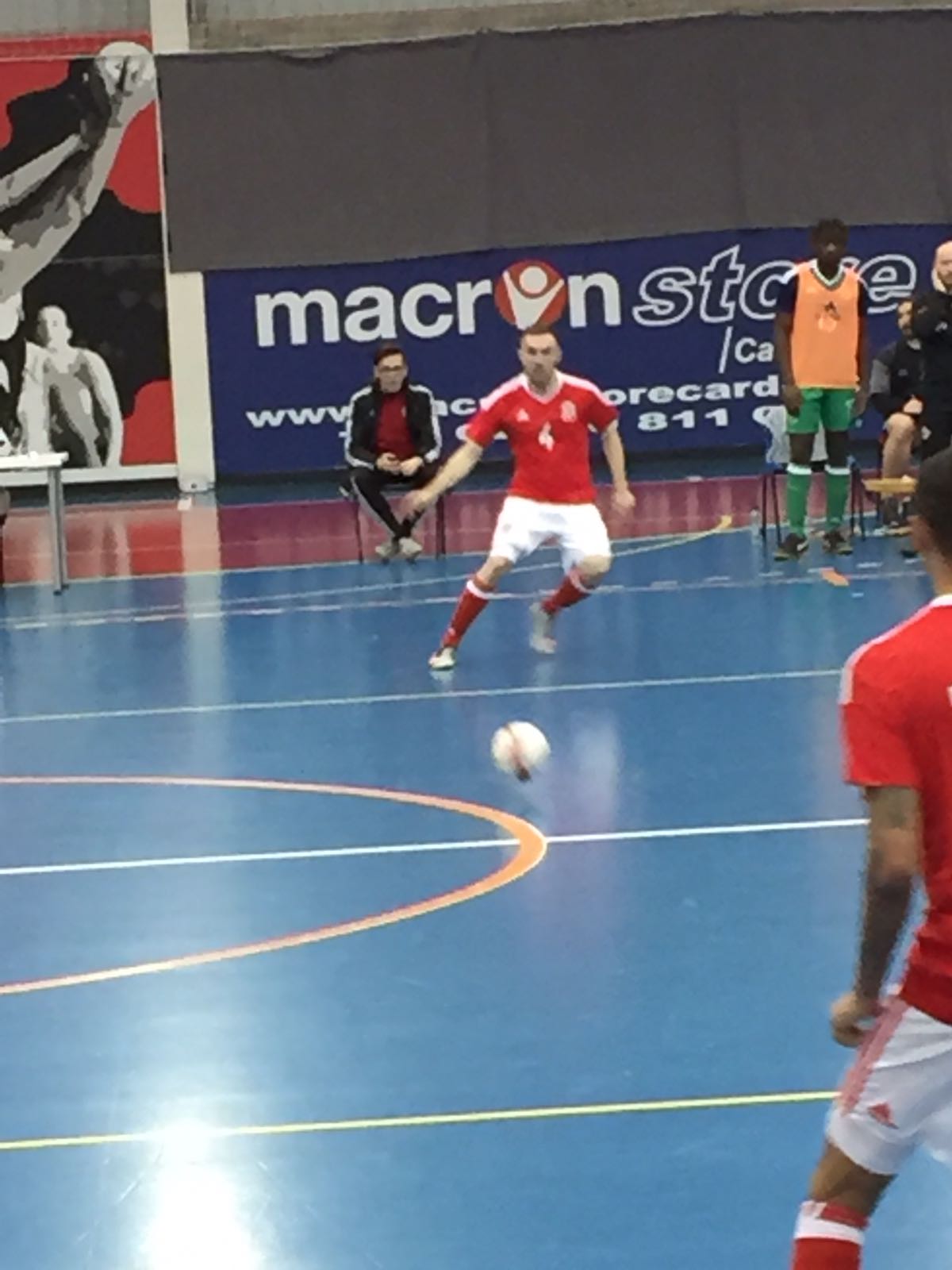 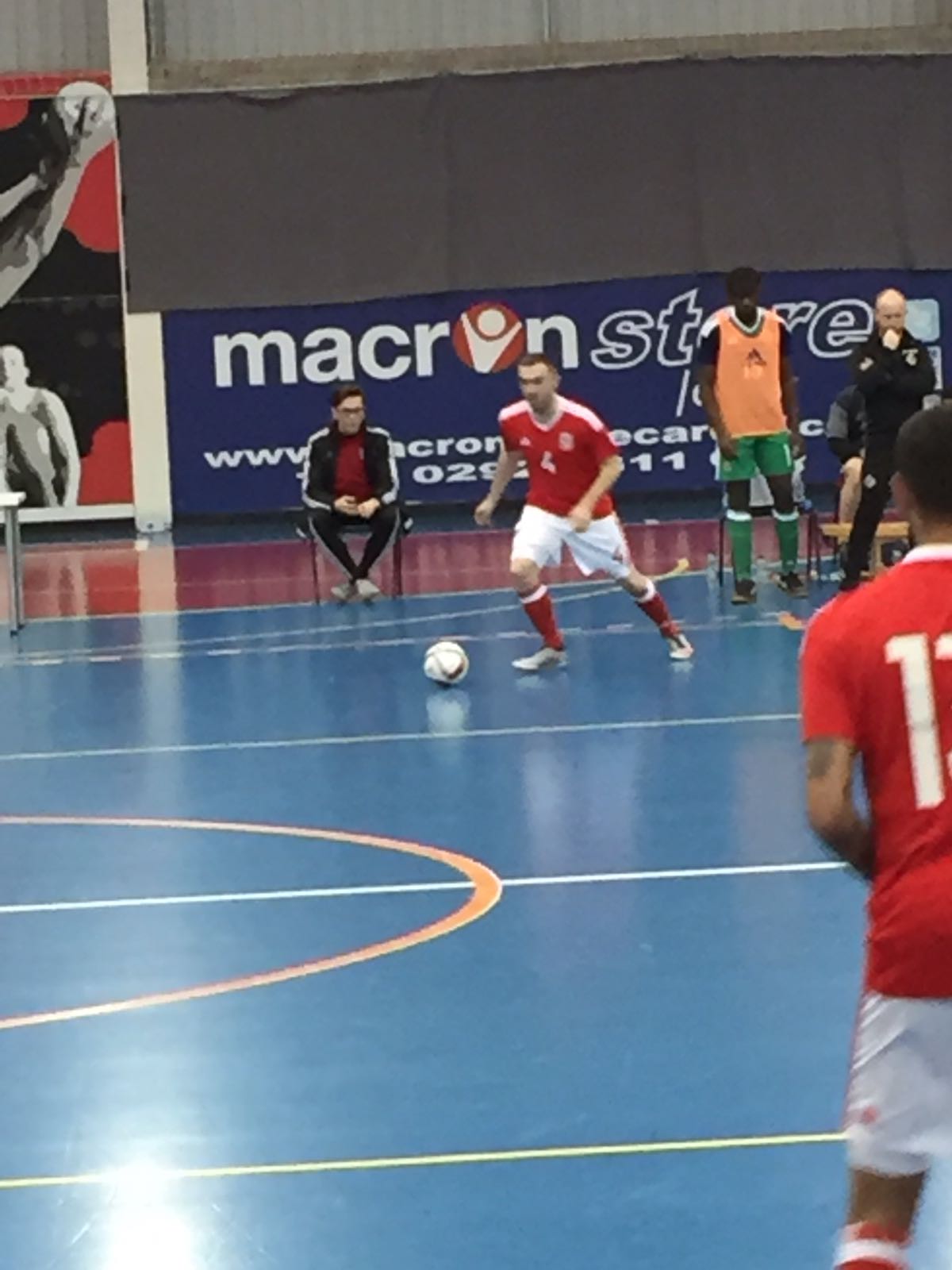 See Pictures
Despite the injury heartache, it’s something I’m so so so proud of. Having diabetes it’s made the journey harder but as they say, “the best view at the top, always comes after the hardest climb”! My god have I had a climb to get to what I have done, but when I say that the view was incredible, it really was and it continues to be! Only my nearest and dearest see what I go through on a daily basis, everyone else just sees the smile and positive attitude that drives me to achieve. It’s an invisible condition which can be so devastating without the right attitude, correct management and the support of the people around you. My unsung heroes in all of it continue to be my family and anyone growing up with a medical condition like Diabetes would be lucky to have one like mine. They encourage me to live life like a normal person, whilst ensuring I look after my condition.

Helping Others – Making Football And Diabetes Work For You

This is why the Diabetes Football Community has been introduced. I want to be able to support people wanting to play, and that are interested in football, who suffer with diabetes. I’m hoping it will fill the void which I felt was missing when I was growing up. It’s somewhere to turn to for reassurance, for advice and guidance and a firsthand experience of combining diabetes with football, one of the UK’s biggest diseases with the UK’s biggest sport.

It’s a huge honour to be doing something like this and in some ways my biggest challenge yet. I’m hoping I can put something back into the community and raise awareness of the condition to ensure diabetics can feel an extra level of support when combining the condition with football.

You can find Chris Bright on his  social media accounts :

Or check out The Diabetes Football Community On Social Media

I would like to thank Chris for all the great work he is doing to help others within the Diabetic Online Community. Helping others with diabetes is so satisfying, as I am sure Chris will vouch for. Well done for sharing your inspirational story with us all.

Take Care, Sport Is Always There

One thought on “Chris Bright – Diabetes, Football And Me”