Early On A Saturday Morning…..

My day started at the ungodly hour of 5.50 am, unheard of on a Saturday, but I knew that the day’s event was going to be special. In all honesty, my levels of expectation were already very high, and I was not disappointed. For weeks this event had been sitting in my calendar and as the weeks went by the anticipation for the event grew.
The chance to be in a room with a few other Type 1’s is always an exciting prospect, but when it is well over 100 of us and some pretty inspirational people too, this was at another level.

Coffee was the order of the day once we got into London, nobody can function without that early morning caffeine hit!
As quite a few people from the T1D London Meetups group were coming we decided to have a little impromptu meetup in Costa coffee, rude not to really!
Meeting new people for the first time can be quite nerve-wracking, and if you suffer from any type of anxiety then it is a real big deal. Meeting up first in Costa gave people the chance to arrive at the TADtalks with a few diabuddies already in tow!
The added bonus for me was that Matthew (a great diabuddy) was going to be setting me up with my first ever Dexcom. The slightly quieter setting of Costa seemed to be a better idea than in a room full of others! More on the Dexcom to come in a future blog I’m guessing, but suffice to say… it’s friggin’ awesome!

Partha and all of the team behind this years TADtalks did a sterling job with a series of truly great speakers.

The speakers were a great part of the day, but what has really made it special, what really sticks in my mind, it’s YOU, the people with diabetes who make this event so special.

➡ Stephen Dixon – Sky presenter Stephen was the compere for the day and a Type 1 Diabetic himself. His character and charisma shone through really well on the day, ever the professional Stephen kept the day’s events flowing well, and almost on time too!!

Public speaking can have a big effect on a person’s blood sugar levels, and liking to live on the edge Stephen revealed he had attended the event without any hypo treatments, guess he was in the right place though if things took a downward trend! Standout phrase from Stephen for me was

“You need to make #T1D your friend rather than battle it. If you fight it…you’re going to lose​ ​You can’t fight against a pancreas that doesn’t work”

➡ Sir Bruce Keogh – Kicking things off was Sir Bruce, no not that one thankfully! This one is much more important! Bruce is currently NHS England’s Medical Director and professional lead for NHS doctors.

A role which sadly, in my view anyway, Bruce will be stepping down from in November.
It was reassuring hearing that NHS England recognises the importance of patient involvement where diabetes is concerned. Very nice to hear from the man at the top that Type 1 Diabetes is a priority for the NHS and that our expertise as patients is an important part of that.

”You, as a group, have set the gold standard in self-care” Bruce Keogh

➡ Jen Grieves – A real highlight of the day for me was up next. I have known Jen, in a virtual Twitter/blogging world since the day I was diagnosed. It was Jen’s videos that I had watched when I was still in the hospital upon diagnosis. Jen’s style of vlogging is great, always entertaining and well put together.

It was great to speak with Jen in real life and finally get to meet one of my #diainfluences face to face. And at long last, I know now how Jen films those walking away from the camera shots! ”When you have a chronic condition like we do it’s even more important that you show yourself some love” – Jen Grieves

➡ Gavin Griffiths – The Diathlete as he is better known  in the world of Twitter. This is a guy I have been following for a while on Twitter. Someone who genuinely does great things to inspire others with diabetes to be the very best that they can be.

Was great to finally meet up with Gavin, and it turns out he lives just 10 minutes away from me, small world indeed. If you are looking for a role model in the world of diabetes and exercise, Gavin is a pretty good bet.

➡ Adrian Long – A man who needs no introduction if you are in the world of Twitter and the #GBdoc. After 2 years of knowing Adrian, virtually anyway, it was amazing to finally meet the man himself. Adrian’s years of living with diabetes, having been diagnosed later on in life at 40 years old is a story which rings close to my journey with diabetes.

The true power of online friendship and the amazing resource which is Twitter came through strongly in Adrian’s talk. Peer support is a great thing, we just need to widen the net and get as many PWD involved as we can.

“Now I wasn’t heroic, it’s just how I am. I don’t like making a fuss” Adrian Long

➡ Roddy Riddle – This guy is amazing, and not just amazing for a diabetic, amazing full-stop! Not content with having a whole professional career, and a very successful one at that, in cycling prior to diabetes Roddy has gone on to some jaw-dropping stuff since.

The room sat and listened to every word Roddy had to tell us and looked on in horror at a couple of his slides! #Blisters is all I need to say on that one. Do check out Roddy’s website, his story is truly amazing.

“It makes you take stock and be able to carry on” Roddy’s views on peer support.

➡ Mel Stephenson – Mel is an athlete and has made sure diabetes has not stopped her aiming for the very top. She has made it there too in my opinion. It was so inspiring to hear Mel’s experiences and that she was not going to let diabetes get in the way of her love, athletics. Mel is also raising the profile of diabetes and what’s possible through her Vlogging and charity work.

Mel works with both JDRF and Diabetes UK. She arrived straight to TAD from the airport, it’s a busy life when you are an inspiration to others, Mel!
” I wouldn’t have found my strength without my diabetes” Mel Stephenson

➡ J​ane Cummings – Last and certainly by no means least was Jane. Jane is the Chief Nursing Officer at NHS England, top nurse if you like 🙂 Jane had a big surprise in store for the majority of us at Tadtalk. Jane herself is a Type 1 Diabetic! In an instant, we all felt a much bigger connection with the speaker. To know that Type 1 has not stopped Jane reaching the pinnacle of her chosen career is an inspiration in itself. Jane spoke to the room on a very personal level about her diabetes and life.

It was a really nice ending to a great day of speakers. The fact Jane has got to where she has in life, despite having a full-time condition to deal with speaks volumes.

As with all good things, TADtalks 2017 had come to an end 🙁
As always whenever there is a diabetes event we couldn’t leave it there. So off we all went to the after event drinks very kindly put on by Diabetes UK. 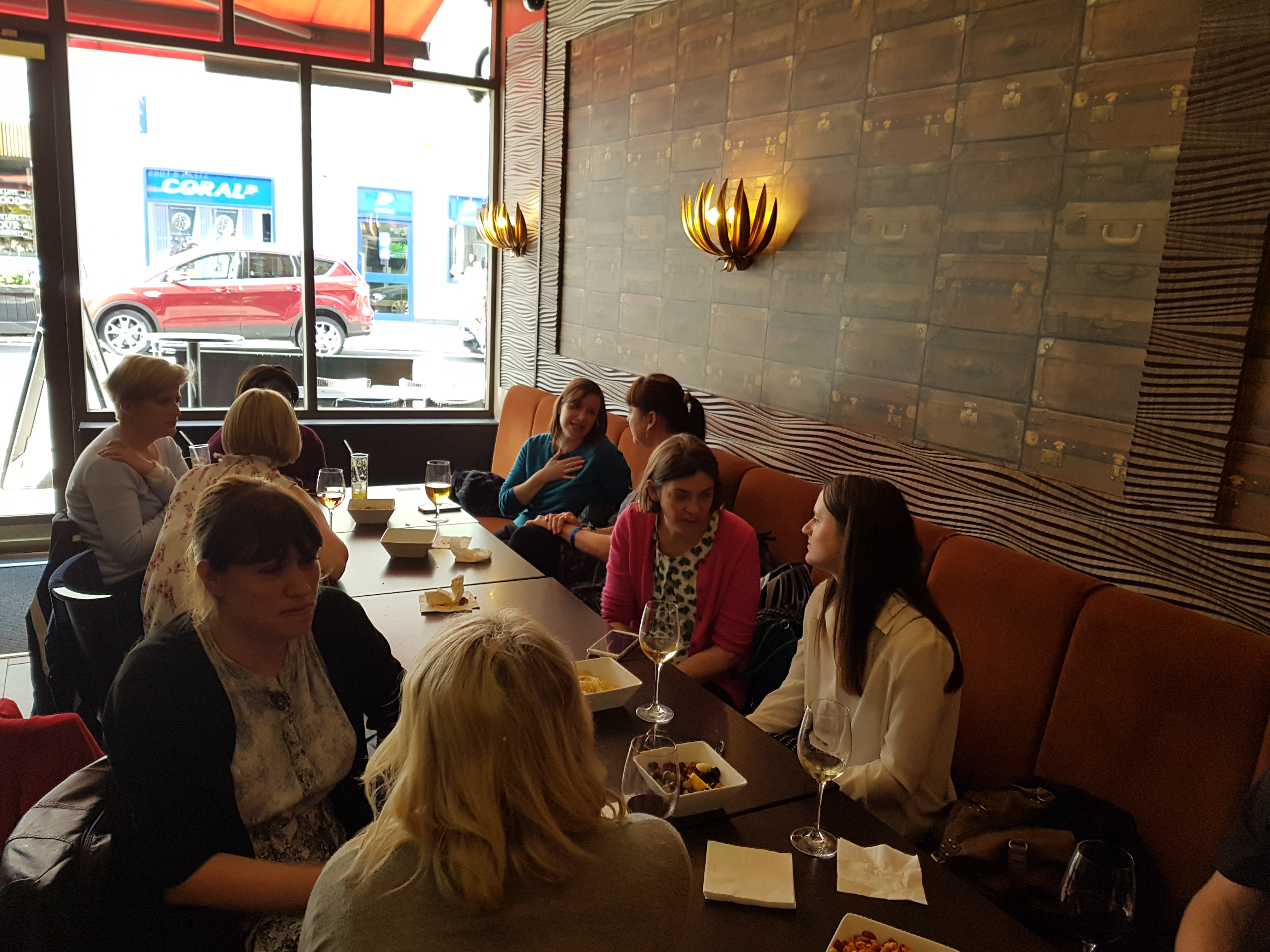 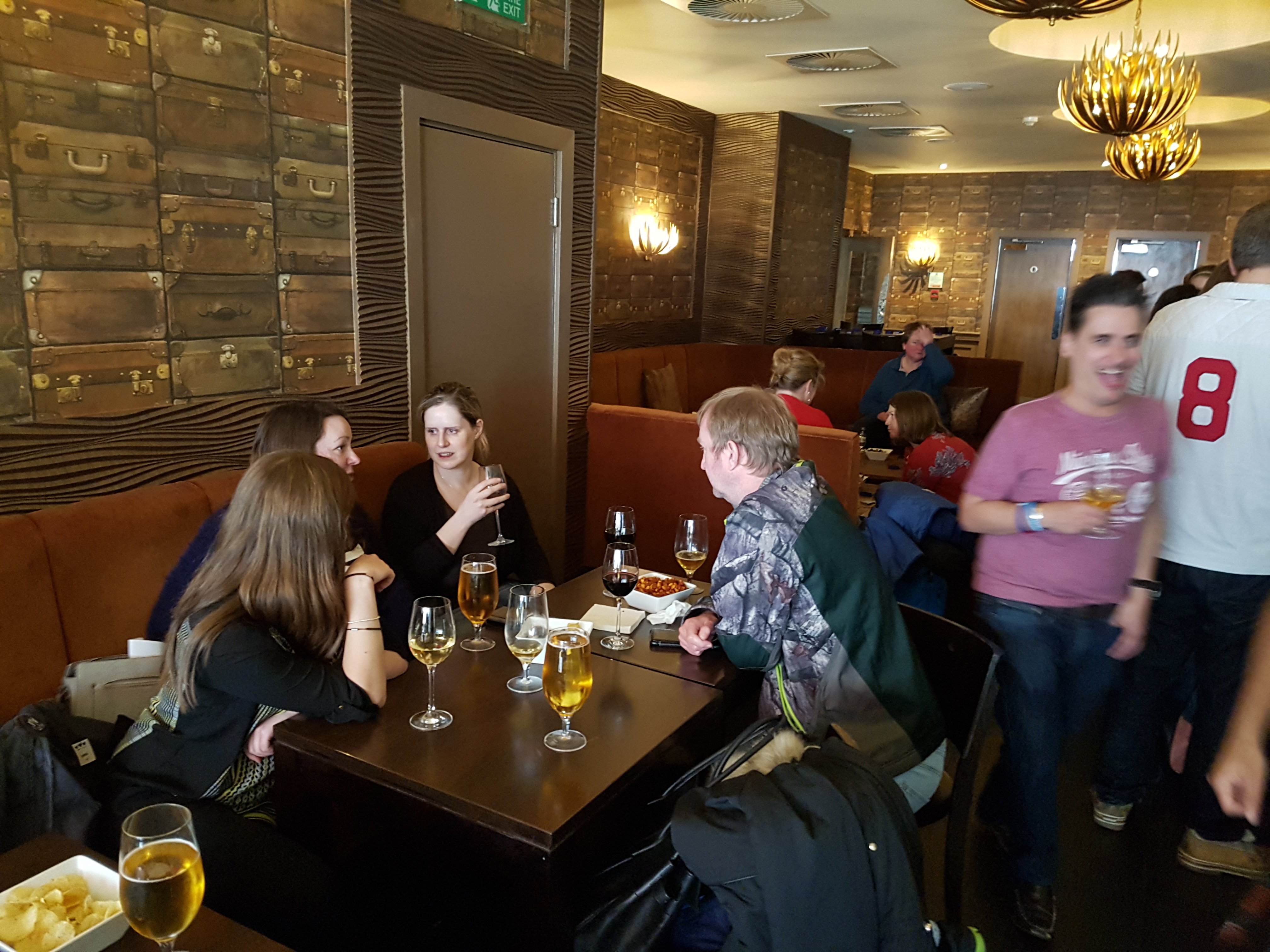 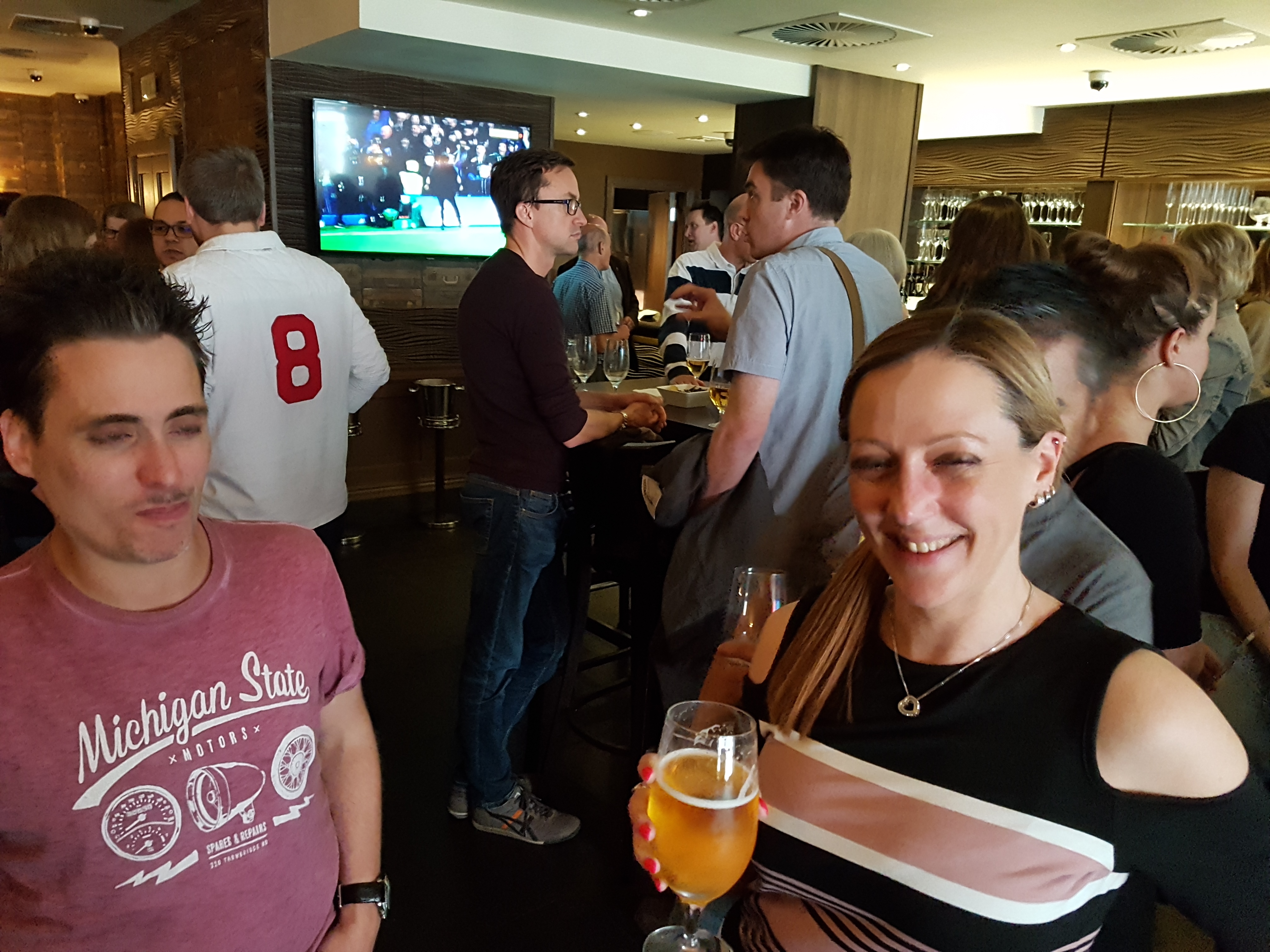 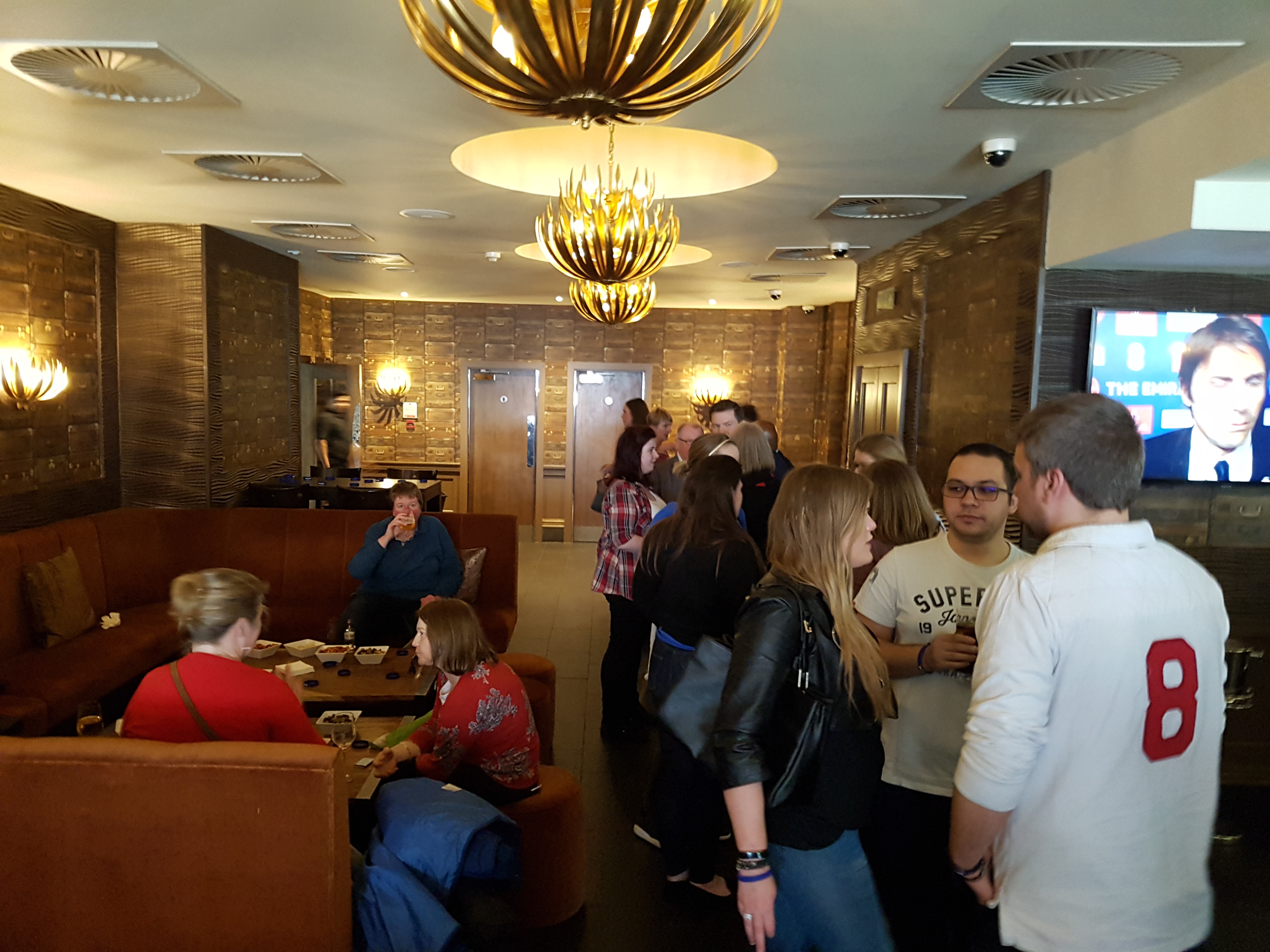 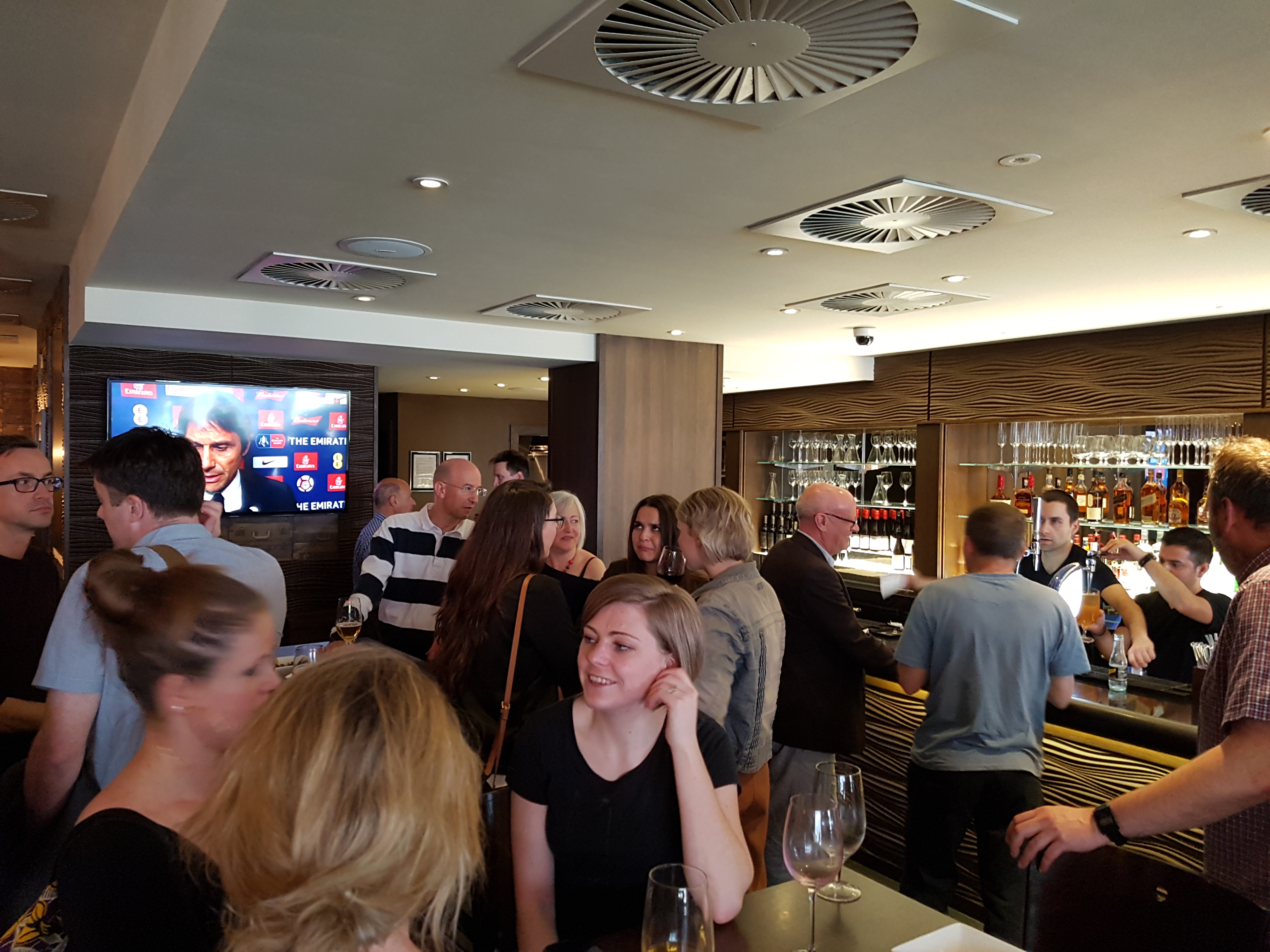 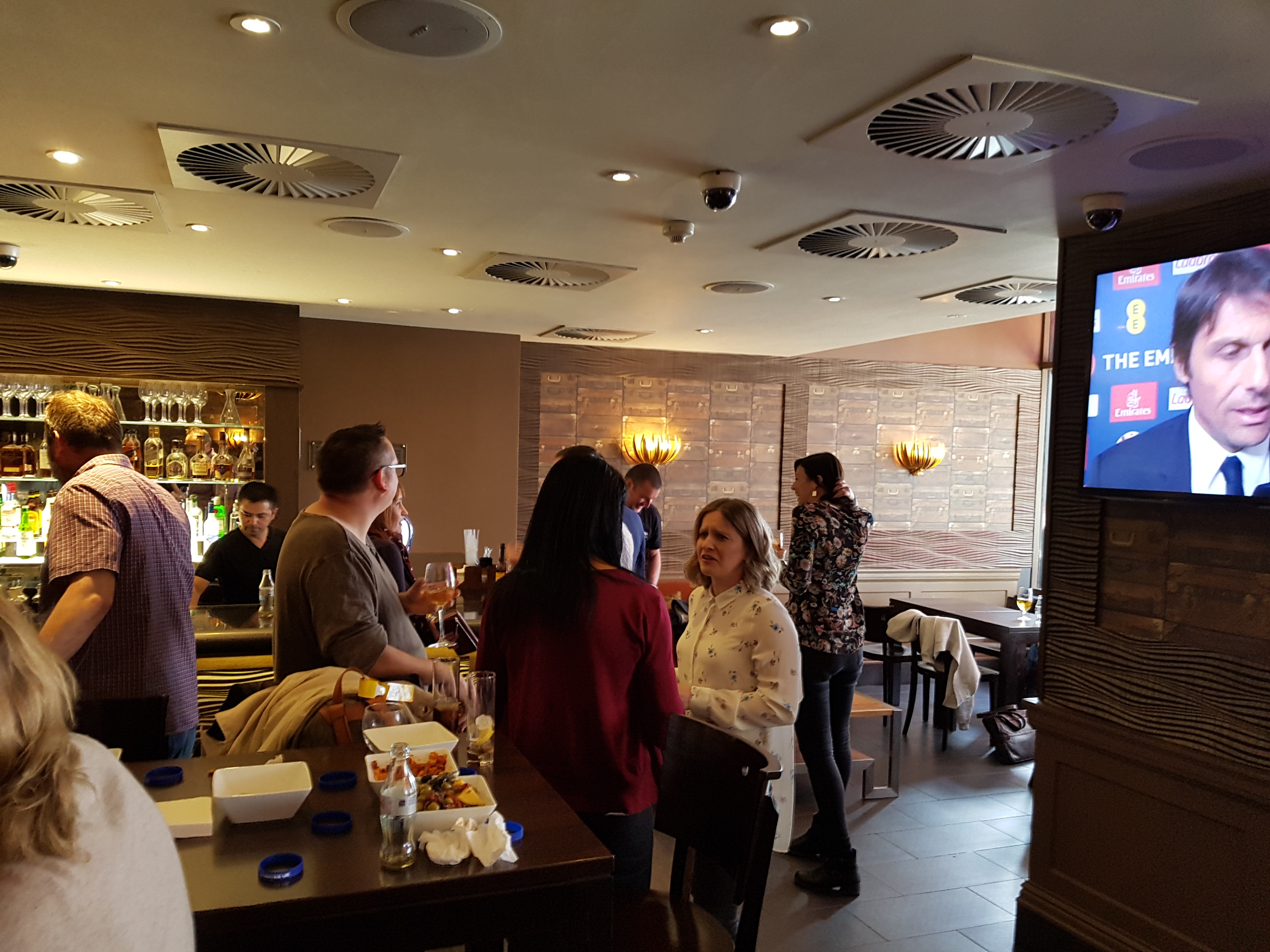 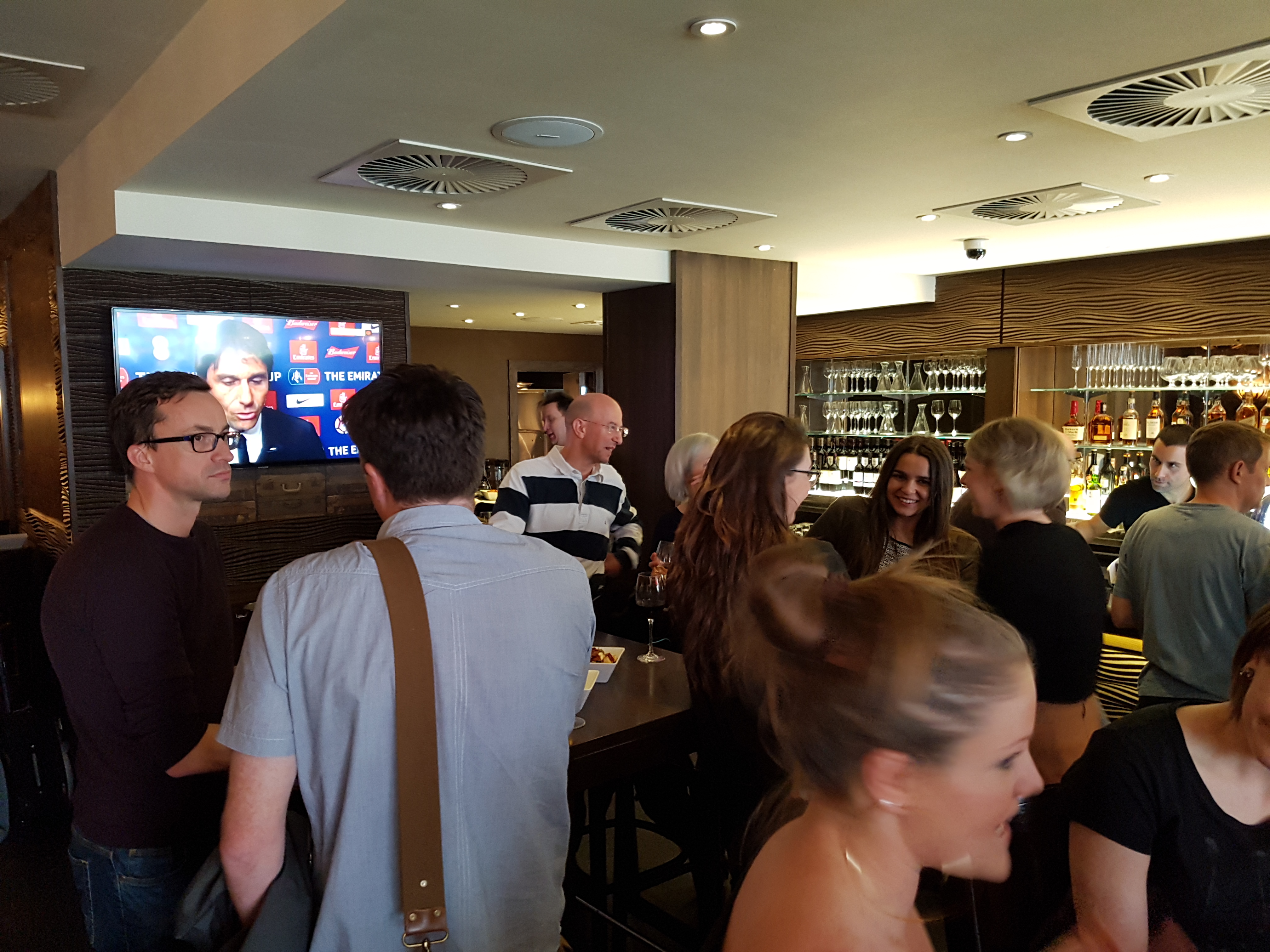 Any chance to socialise with other people with diabetes needs to be encouraged and nurtured. On that note please don’t forget the next ➡ T1D London Meetup. It is in a couple of weeks on Saturday 6th May, be great to see as many of you there as possible.

Do check out the #TADtalks2017 on Twitter for a full round-up of the day.

Thanks to Diabetes UK, JDRF and Abbott for getting behind this event.

Thank you to EVERYBODY involved, including every last one of you amazing PWD I speak with daily.
For now
Take Care, TADtalk was there