The weekend of the 14th and 15th of October has been such an eye-opener for me. Sports and exercise around type 1 diabetes can be a real challenge, but being given the right tools to work with really makes a difference.

Since April 2017 I have been training hard and running in excess of 45 km each week, and in the most part have made things work for me. I thought I understood exercise, but after this weekend I have a much deeper knowledge of what happens and why. This is key to my future success in my view.

One Touch Sports And Exercise Weekend 2017

I won’t give an hour by hour account of the weekend. Instead, I just want to share the key points that have hit home for me. The things that are going to help me as I step up my exercise for my next big challenge in 2018.

Different Types Of Exercise Have Different Effects On Blood Glucose For Different People.

The fact the word different appears 3 times here gives you a clue as to the complexity of exercise and T1D. Trial and error is your friend. You won’t learn everything from a text-book. Get out there and try stuff out to learn about YOUR diabetes and exercise responses.

Knowing what type of exercise you plan to do is key. It’s no good starting out with a lower blood sugar if your planned activity is going to drop you even lower.

Don’t Wait Until You Are Hypo To Take Glucose On Board.

This was a big one for me. It is so obvious really, but I have been making this mistake for my exercise. If my bloods were 7 with a downward trend I would never have taken glucose. This has resulted in many exercise sessions being cut short. The need to see glucose as fuel as well as a hypo treatment is key.

Why Not Just Start With A Higher Blood Glucose?

I used to do this when I started exercising. Starting out with a blood glucose of more than 12 to avoid a hypo rarely works for me. I would still end up dropping too low and running into issues. The actual energy you get from your blood glucose levels is a surprisingly small amount.

Keep Your Fuel And Your Hydration Separate.

Another tactic I have been using was to drink sports drinks to keep my blood sugars up when exercising. The side effect is I was not rehydrating enough. I didn’t want to guzzle 500ml of sports drink as my bloods would be too high, therefore I wasn’t getting enough fluid on board during long exercise.

I really won’t be entering into the low carb/high carb debate here!! This weekend has taught me to look at sport and nutrition slightly differently. Look at the carbs as a fuel for my exercise instead of looking at them as the enemy of blood glucose levels. Sure you can exercise on low carb, but in much the same way you can run your car on vegetable oil, the performance will suffer.

I use this quite often already, but to see so many other delegates hearing this and putting it into practice was awesome. It really is great to see stuff ”click” with others.

Minimize The Amount Of Active Insulin On Board To Avoid Hypo.

It’s not a good idea to have a load of insulin running about in your system when exercising. Try and time your activity for when you have no active insulin on board.(Easier said than done, I know)

Something which I intend to look further into during my training. I had got into the habit of having no basal insulin during my long runs. Since my blood sugars always drop on the distance runs I had never given ketones a second thought. In total absence of insulin ketones can, and will occur. Next time I use this technique I will be checking my blood ketone level!

Rehydrating is as important as hydration.

Exercise will take its toll on levels in the body. It is essential to replace the lost nutrients after exercise as well as before and during. Using a hydration tablet is a great idea, get the correct ones and they shouldn’t affect your blood glucose. ➡ Hydration Tablets

Don’t Beat Yourself Up.

This goes for all aspects of your diabetes. Try something and if it doesn’t work out, just use it as a chance to learn. Try again next time and the time after, eventually you will suss it out.

I knew this long before the weekend. The bond we all share is amazing, within minutes of meeting another PWD conversation will flow. The support and knowledge we get from our peers is a resource like no other. The friendships that develop really are to be treasured.
[Show slideshow] 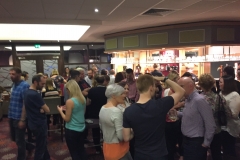 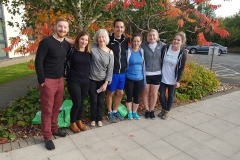 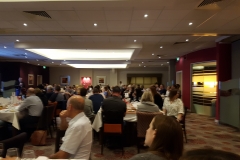 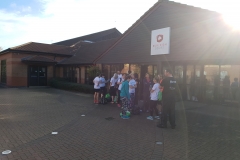 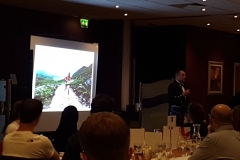 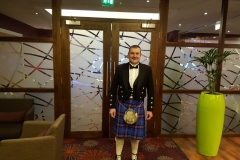 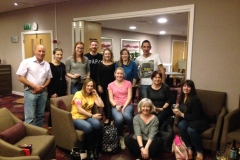 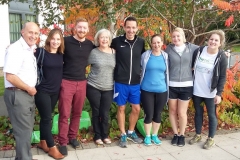 If You Can, Then Do

If you ever get the chance to get on to the One Touch Sports and Exercise weekend then grab it with both hands. Every single delegate there took away the tools to set them up for some future successes.
Many thanks to all the HCP who gave them time and knowledge. All of the Hero’s, and the team behind the event are awesome. Thanks to each and every one of you.
If you have any questions or comments please leave them below and I will get back to you.
For now
Take care knowledge is out there
Type1Bri